There are fungi that feed on dead and decaying plants and animals. These fungi may live on leaf litter, fallen dead wood, tree stumps and/or branches. Some special ones live on dead animals and animal droppings. 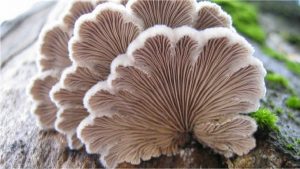 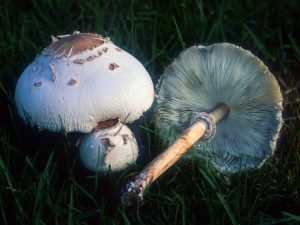 Saprophytes are very useful. They help to break down organic matter. They recycle nutrients. Nutrients from dead and dying plants and animals are broken down and released back into the soil. Then other living plants take up the nutrients. This helps our gardens and forests to continue to grow.

What are Symbiotic Fungi?

Symbiotic fungi grow on/or with living plants but do not harm them. Instead the fungus and the plant help each other. Some trees from special roots with certain fungi. Together, such a system is known as mycorrhizas, or “fungal roots” 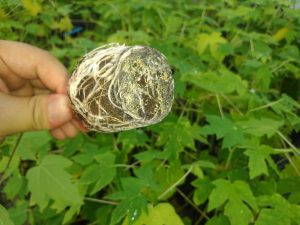 This special root, with its larger surface area, is able to absorb more water and certain nutrients and provide them to the tree. This allows the tree to survive in poor soil and tolerate drought. In return, the tree provides enough-rich sugars that it manufactures through photosynthesis.

Examples of mycorrhizal fungi include truffles and Cantharellus. Cantharellus is highly prized in Western gourmet cooking and smells of apricots. 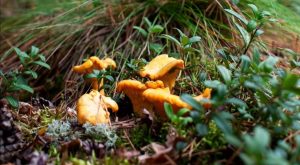 Certain fungi live so closely with green or blue-green algae that they combine to form new organisms known as lichens. 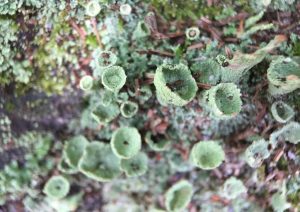 The alga makes sugars by photosynthesis and provides these to the fungus. In returns, the fungus contributes minerals, water and protection from sunlight and prevents the alga from drying out.

Fungi that feed on living plants and animals are called parasites. Many parasites damage and even kill the plant and animal they live on. Parasitic fungi are responsible for many diseases that damage our plants and crops, causing leaf sports and the rotting of roots, seeds and fruits. Some also cause diseases in animals and human beings. Ringworm and athlete’s foot are two skin diseases we get that are caused by fungal parasites. 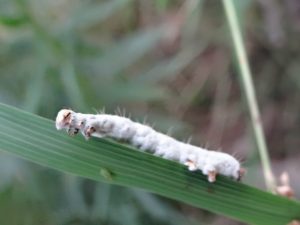 But some fungal parasites that cause diseases in insects and weeds can actually help us. We use them as biological control agents. This means we use them to kill weeds and insects that harm our crops. In this way, they help to protect our crops.

Mushrooms and toadstools come in many shapes and sizes. Some are umbrella-shaped. Others look like stars, brackets, balls, cups or even coral. 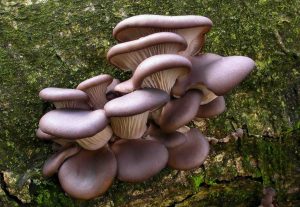 It is not true that mushrooms can be eaten while toadstools are poisonous. Some edible and harmless fungi look very similar to those that are poisonous. 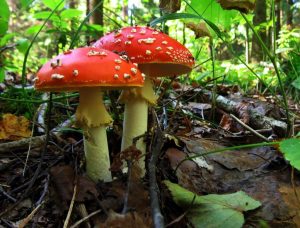